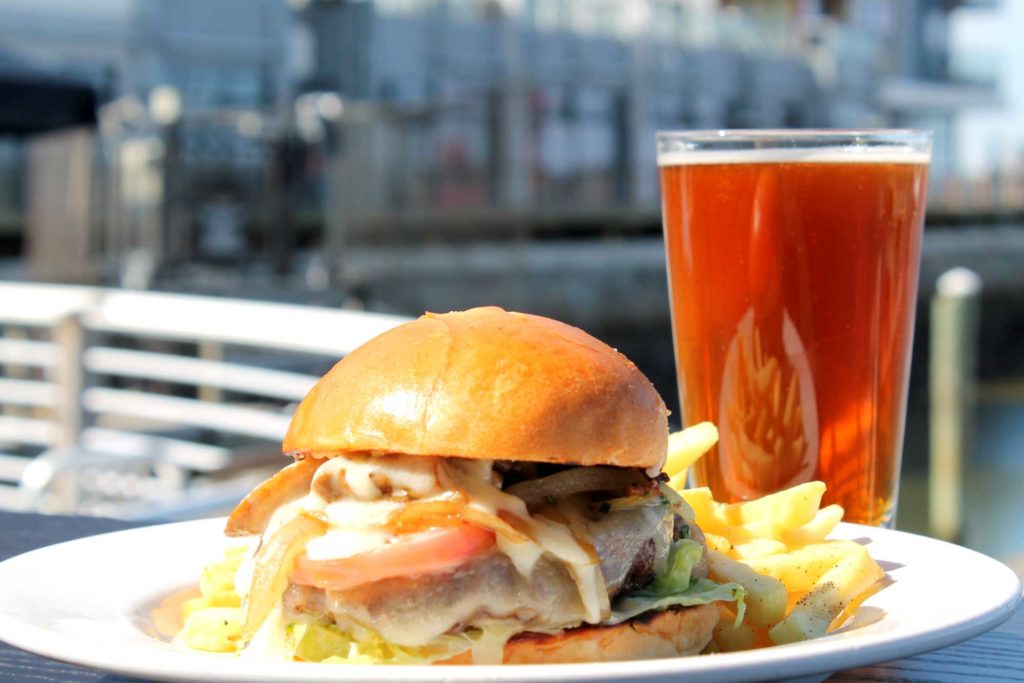 Victory Point Marina Bay restaurant and bar has officially opened in Quincy, MA. Owners Donato Frattaroli, Sr. and Donato Frattaroli, Jr. (il Molo, Boston’s North End), took ownership of the property last year and continued operating the existing business at 332 Victory Road while planning the future of the summer hot spot. After a year of preparation and recent renovations, the Boston restaurateurs and father/son duo are ready to showcase the refreshed look, menu and lively atmosphere that will cater to a wide demographic of residents, locals and tourists of all ages.

The new ambiance of Victory Point Marina Bay is apparent in its now-open floor layout, consisting of three different dining areas. The main dining areas feature 18 dining tables and continues into the bar area, where an additional 24 guests can dine at the octagon-shaped bar. Through a set of glass doors, an additional dining area boasts waterfront views and a more intimate dining experience which also is available for private dining occasions. The most coveted area of Victory Point is its outdoor bar – known as The Deck – that is situated on the marina-side of the boardwalk, an amenity offered exclusively at Victory Point. The Deck will offer a smaller menu, a full-service bar and live entertainment throughout the spring and summer seasons. Perfect for boat-side dining or a midday get-together, The Deck is the only outdoor space in Marina Bay that has guests dining alongside the slips.

Helming the kitchen is a duo of culinary experts who have created an expansive and polished menu that spotlights an array of fresh seafood, exceptional entrees and shareable bites. Victory Point’s executive chef, Anthony Petruno, began his career in the Finger Lakes region of New York before taking an opportunity to apprentice for an award-winning chef in Italy. After making his way back to the states, Anthony joined the highly regarded Mina Group first in Tampa Bay then at Pabu Izakaya in Boston before taking the head chef position at the celebrated restaurant. Petruno will be assisted by sous chef, Ryan Schiller, whose background comes with an impressive career with the well-known Norstrom Group based in Florida. Seeking a change and a new adventure, Schiller calls Boston his new home and Victory Point is where he’ll continue his culinary journey.